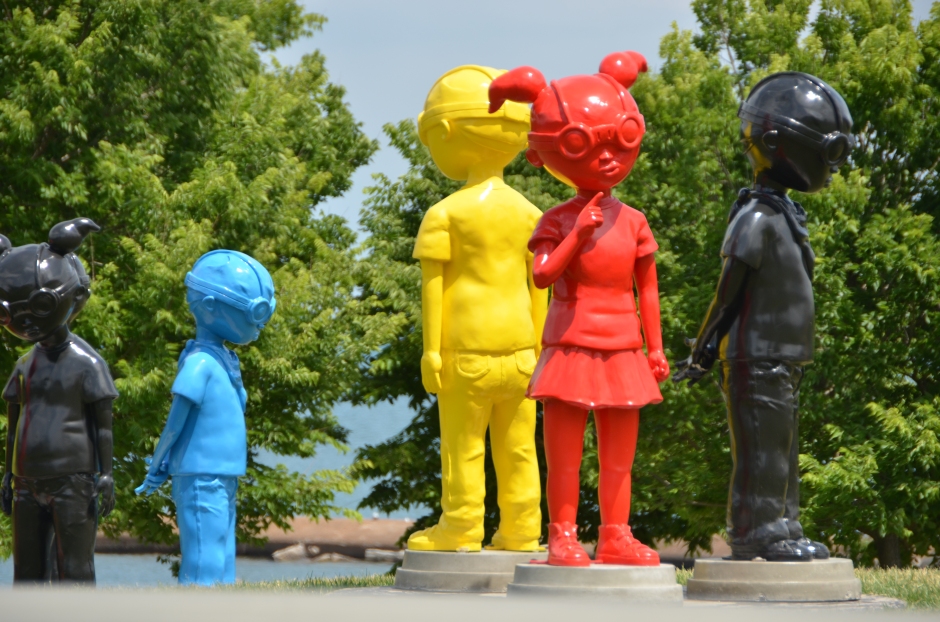 Two things come to mind when I hear the word Chicago. Number 1 is deep dish pizza, and number 2 is the image of the Willis Tower. Lucky for me I was able to experience both during my second day in the windy city! Our first stop was the world famous Sky Deck!

The Sky Deck is on the 103rd story of the Willis Tower, and the entire floor had floor-to-ceiling windows, showcasing a spectacular 360-degree view of Chicago.

Heights aren’t a big fear of mine, but I must say, I did still feel my stomach drop just a teeny tiny bit the moment I walked out on the ledge.  It was truly a unique experience! The panoramic view of the Chicago skyline combined with the view of Lake Michigan was breathtaking enough, but experiencing it in a glass box 1,353 feet up? Exhilarating!

Contrary to what every one was doing, all I did was look down! It was as if I was trying to convince my brain that my body was indeed, in fact, standing on a glass ledge… 103 stories up… in Chicago’s highest skyscraper. No big deal. 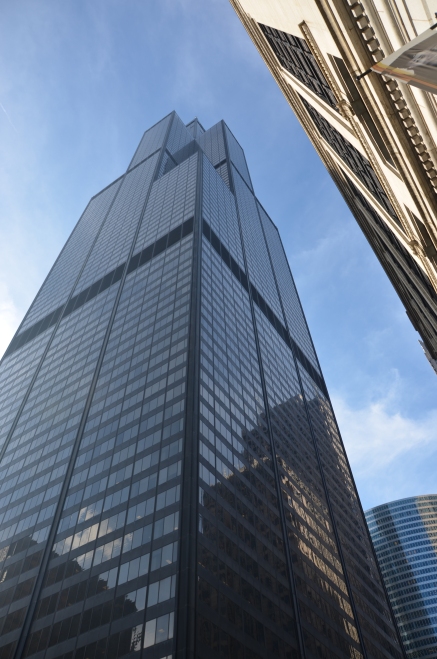 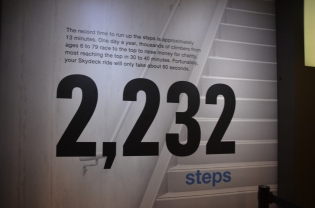 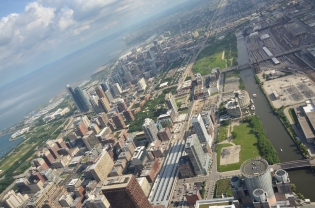 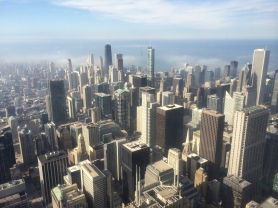 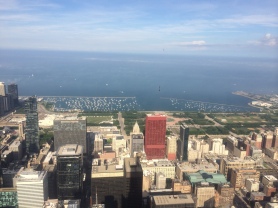 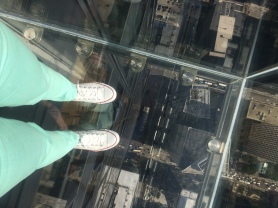 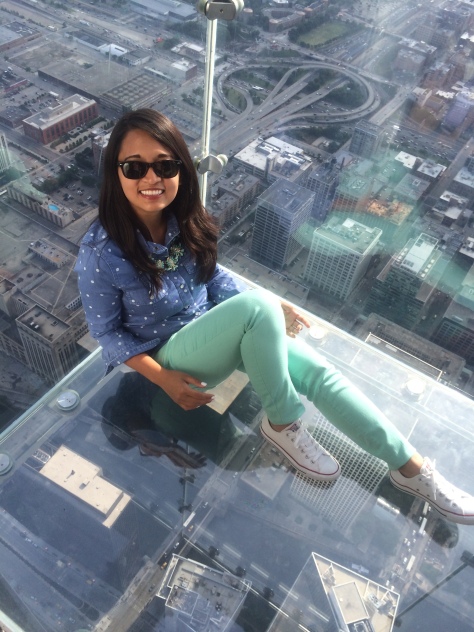 Watch my short video diary below for a glimpse of my Sky Deck experience!

After an unforgettable experience at the Sky Deck, my family and I went around Downtown Chicago to sightsee even more!

There is something about the Windy City that reminded of the Big Apple. Perhaps it was their subway system or the skyscrapers, but being in Chicago was almost like being in New York City. Almost. 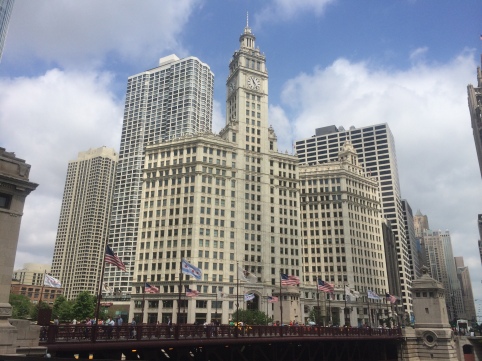 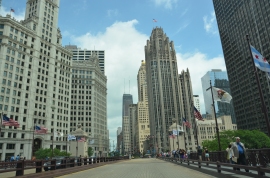 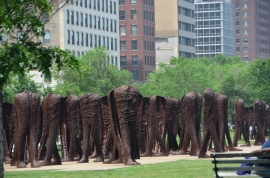 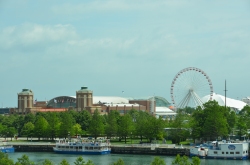 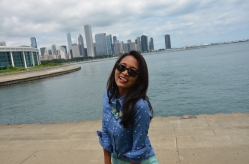 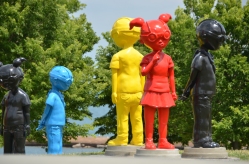 Sidenote: An Italian friend of mine does not consider the aforementioned dish “pizza,” but rather “bread and stew.” 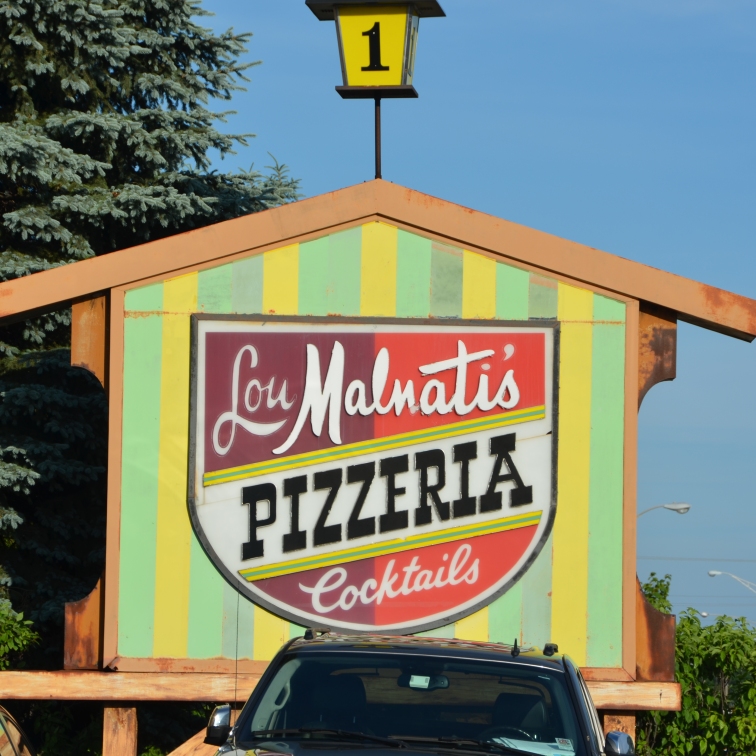 I truly wish I had higher-quality photos of the pizza, but clearly, my excitement got the best of me. 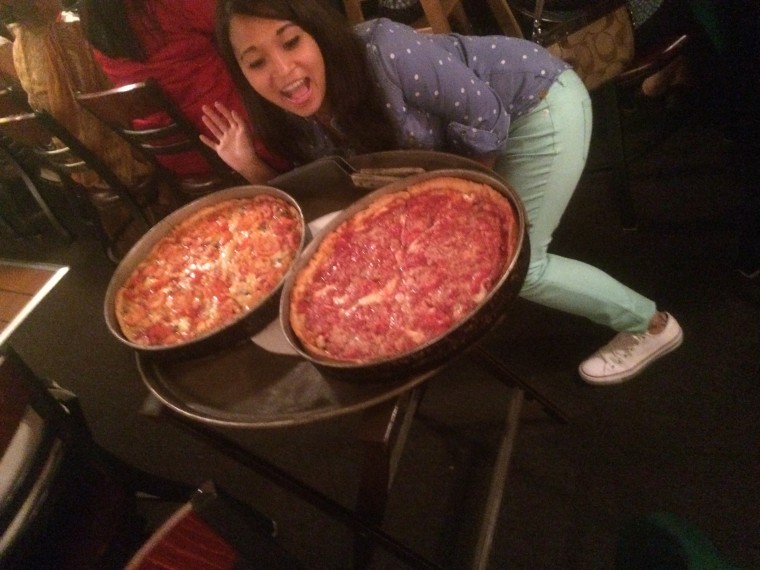 At first it felt unnatural to eat pizza with a knife and fork. Personally, I like my pizza’s thin crust and foldable, but hey, I’m Chicago! Eat as the locals do, right? Man, Lou Malnati’s did not disappoint! The crust was substantial, thick enough to support the lake of cheese and tomato sauce and sausage on top, all of which complemented each other harmoniously.

Also, another notable food trip was to Lezza Spumoni, which has the BEST cannoli I’ve ever tasted! 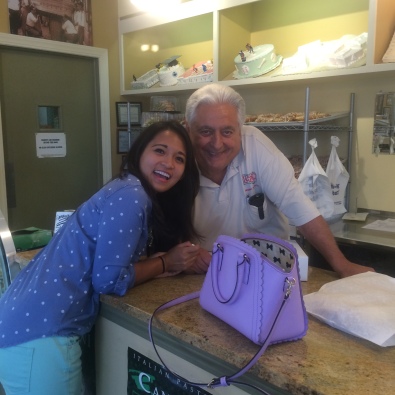 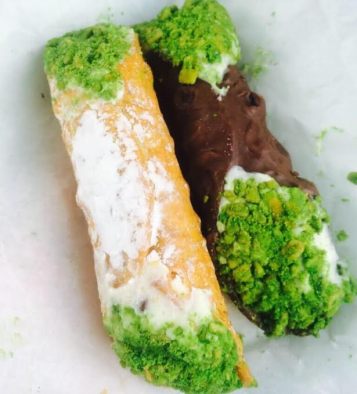 What can I say? This girl’s gotta eat!