I crossed off another life list item this past weekend. I attended (and survived) the second weekend of Coachellaaaaaa! It was definitely an experience of a lifetime!

Experiencing Coachella is something that I’ve always wanted to do ever since I first learned about it. The idea of having a music and arts festival in the middle of a California desert intrigued me, and I knew it was something I wanted to see in person and be a part of. When I first added it as a Life List item, I envisioned myself attending Coachella waaaaay down the road. Definitely not anytime soon. Nevertheless, the opportunity to purchase pre-sale tickets last May came along, and there was no way I could pass it up!

First order of business was pimping out our ride into a lady bug wearing a flower crown!  The decision to participate in Carpoolchella was super last-minute (think the midnight before). It was definitely a team effort, and we’re happy with the finished product!

We arrived at the venue early Friday afternoon, and man, it was scorching hot! Nevertheless, the excitement alone of finally of being on the polo fields outweighed our fatigue. We purchased our tickets back in May 2014. We’ve been counting down for the last eleven months, and it was surreal when the wait was over! 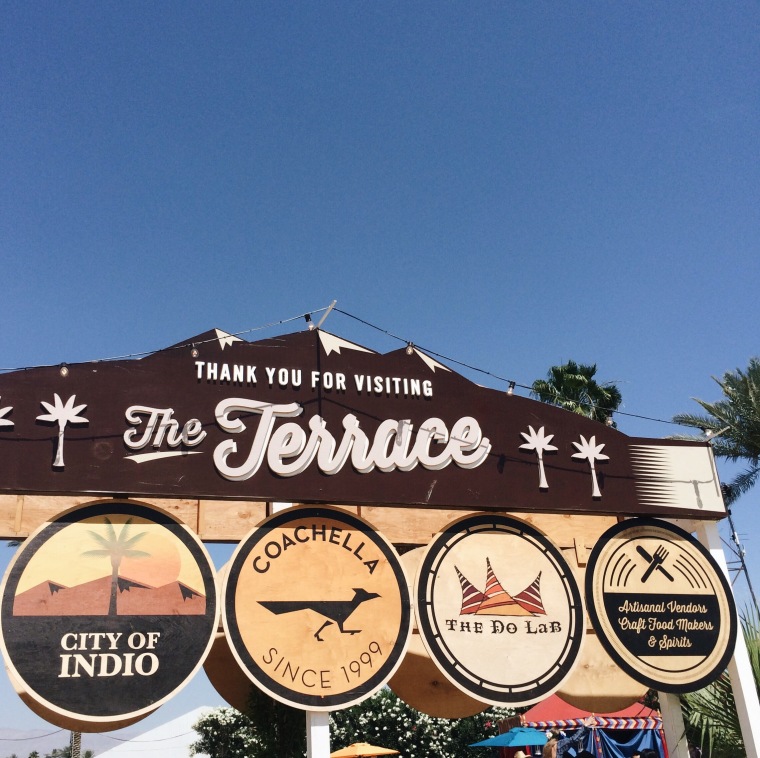 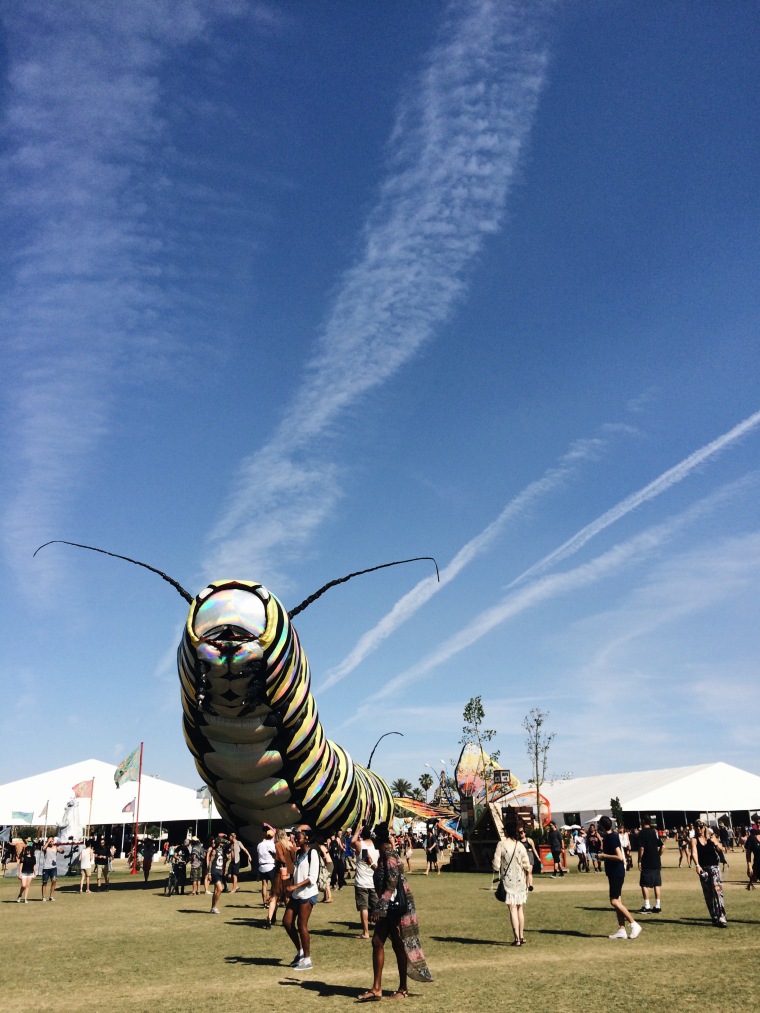 Keisza was the first act that we watched perform. I wasn’t familiar with who she was, but I truly enjoyed her performance. Her song, “Sound of a Woman,” hit me deep. Straight to the heart.

I admit, I am not familiar with 90% of the artists in the lineup. I attended to Coachella mostly for the overall the experience, the food, the beer, and last but not least, Alt-J.

Day 2 was by far my favorite out of the three. The weather was more forgiving; my friends and I were well-rested, and at this point, we knew what to expect. We’ve gotten a good feel of the venue so we were familiar with the multiple stages and areas. We also discovered musicians that absolutely blew us away. My friends and I witnessed numerous performances, including Gramatik, Hozier, Flosstradamus, Alt-J, The Weeknd (with guest artist, Kanye!). Everyone absolutely KILLED IT!

It’s safe to say that it was during day 2 when the realization actually hit me, “I’m at Coachella!”

Exhaustion began taking a toll on my body, and it didn’t help that I have not had a decent meal. I’m a tad bit embarrassed to admit that prior to the weekend starting, I felt more excited about trying the different foods available more than the music. So many pop-up restaurants that I’ve always wanted to try were at the venue, and I was determined to try as many as possible. Looking back, it’s heartbreaking to say that the food was the most disappointing aspect of the festival for me. My expectation were so high! Not only were they overpriced (which I expected), but they were just… ehhh. There was always something off about everything I ate, from my Fresno burger being too dry to my fish tacos being served with stale tortillas. Even Kogi tasted subpar, definitely not what I remembered it to be.

Perhaps the only meal that actually met my standards were the lobster rolls from Counsin’s Maine Lobster truck. I purchased the Connecticut Roll (warm lobster roll with butter). It was $16.00 for about 4 big bites.

Despite the ups and downs, last weekend was definitely one for the books! I had the greatest time with my Chella squad and met so many cool and interesting people along the way. I’m absolutely planning to return next year, and hopefully, try car camping!

Make sure to watch our video diary below (in HD!)